This year sees the 175th anniversary of a milestone in corporate responsibility. In 1833 we finally made slavery illegal, or at least that was the headline.

For 30 years or so there’d been a loophole in the law that allowed companies to continue to trade, facing a possible £100 per head fine if they got caught. Or they threw slaves into the sea at the first sign of an approaching Royal Navy vessel. 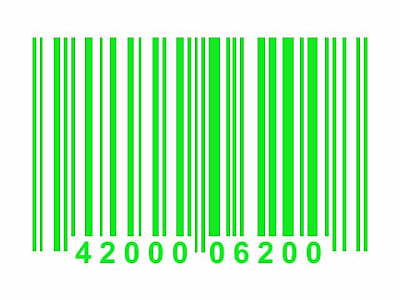 Whatever, we closed the loophole.

Corporate behaviour being what it is, too often, a further loophole remained. Any slave over the age of six wasn’t freed, they became ‘apprentices’, indentured as before. Years would pass before their shackles were loosened.

Then there was a compensation package of £20 million for slave owners, and exclusions, too: one for the East India Company and one for Ceylon.

It’s an extreme example but an informative one. No matter how heinous the corporation’s behaviour, there always appears to be some wiggle room.

Leap forward to 1970 and a burgeoning social responsibility movement got a hefty thwack around the head from the arch monetarist, Milton Friedman. His now famous essay, required reading for rapacious MBAs worldwide, appeared in the New York Times, stating that “there is one and only one social responsibility of business, to use its resources and engage in activities designed to increase its profits so long as it stays within the rules of the game”.

Ethical Corporation magazine - a good read - spoke on his death in 2006 of the service that Friedman did for the world of CSR. He made progressives in business sharpen up their act, add some rigour to their thinking.

They’re probably right and in some ways I may even be with Friedman on this one (at which point my oldest friends and colleagues will no doubt faint), my only major shift would be in what defines the ‘rules of the game’. Friedman’s stricture was legal compliance; mine would be about the corporation’s wider contract with society.

This fast and imperfect trolley dash through the history of corporations is designed to reveal that a) I’m good at looking things up on Wikipedia and b) that when you read the latest news report on ‘green brands’ or ‘ethical consumers’ or ‘fashionistas who wear hemp’ you realise that this is a dialogue that has been ongoing since King Magnus IV of Sweden created the oldest limited company - Stora Kopparberg mining corp - in 1347.

There is nothing new in corporations seeking profit but that pursuit has, from day one, been set against a context of wider social good. As a society we continue to fasten a judgemental eye on the corporation. A GfK NOP poll in May revealed that consumers rank the Northwest’s very own Co-operative Group as the most ethical corporation, retaining the top spot that it held in 2007. Next up come the Body Shop and M&S, with Innocent Drinks and Divine entering the top ten for the first time. Importantly though, the survey reveals some skepticism in the marketplace: just 18% of the 3000 consumers interviewed, compared to 21% in 2007, believed that business ethics have improved in Britain.

Those two new entries into the top ten, Innocent and Divine, are telling. They are brands - and products - that are constructed from the ground up as ‘eco-brands’. They follow a market appetite for sustainable products that has clearly entered the mainstream. They are not alone: ‘I am not a plastic bag’, anyone?

So can all of this be labelled ‘greenwash’? From the corporation that uses the gobbledegook of CSR ‘benchmarking’ or ‘continued improvement matrices’ to the conspicuous consumption that makes us feel better about using more of the Earth’s resources, is this another inflection of the free market capitalism which Friedman so adored and which a massive 82% of us still view with suspicion?

Perhaps. And can any brand or corporation be beyond intense scrutiny and examination in the age of mass communications where a 1,000 blogs can be updated in the blink of an eye? Ted Turner of AOL Time Warner once said that in the Internet Age it could take only seven minutes for your corporate brand to be damaged, globally, if you cocked things up.

If you want to take a more empowered look at what is, or isn’t greenwash then I’d urge you to download the greenwash guide recently published by our good friends at Futerra. As ever it’s pleasing combination of intelligent analysis with a tip-strip you can blue tack to your computer screen.

It’s not just corporations that have a contract with society: we have one too. People drive cars, eat meat, buy cheap shit and do too little to reflect their own value sets in their daily lives. We live in a dissonant fug for too much of the time and yet still reserve the right to judge corporations. If we shift our behavioural patterns then the marketplace changes too. The brightest and the best in the business world know this, they’re not stupid.

We are powerful, but we have to exert that power. We are complicit, and that should be in our frame of reference too. It’s a hippy mantra but Ghandi was right.

You must be the change you wish to see in the world.

Posted by Steve Connor at 20:47 No comments:

“A new political movement is beginning to emerge. Rooted in protest, its advocates are not bounded by national geography, a shared culture or history, and its members comprise a veritable ragtag of by now millions of NGOs, grassroots movements, campaigning corporations, and individuals.”
Noreena Hertz

“To be truly radical, is to make hope possible, rather than despair convincing.”
Raymond Williams

“The bold evolutionary experiment of combining a large forebrain with opposable thumbs clearly has its dangers and drawbacks; the jury is still out on whether it was ultimately a good idea. But it has equipped us to avoid or solve the problems we’ve created.”
Amory Lovins

“My own belief is that a conscious thought can be planted into the unconscious if a sufficient amount of of vigour and intensity is put into it.”
Bertrand Russell

“Cast your whole vote, not a slip of paper merely, but your whole influence.”
Henry David Thorough

“My country is the world and my religion is to do good.”
Thomas Paine

Posted by Steve Connor at 20:24 No comments: