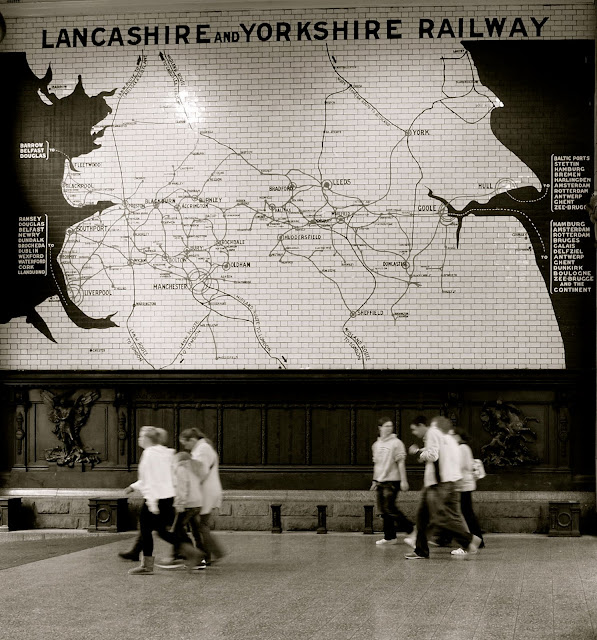 Posted by Steve Connor at 09:21 No comments: 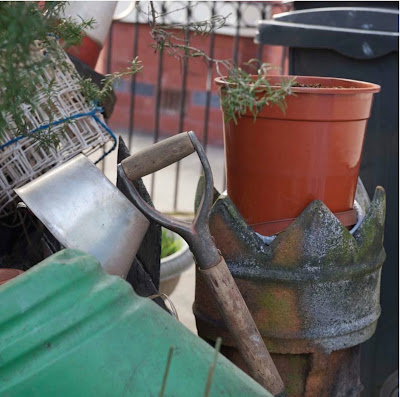 Posted by Steve Connor at 17:28 No comments:

Can culture (help to) save the world?

Can culture help to save the world? That was the theme of a presentation I gave this week to Renaissance Northwest, the collective of museums, galleries and libraries across England's Northwest.

View more presentations from Creative Concern.
Posted by Steve Connor at 11:07 No comments:

Email ThisBlogThis!Share to TwitterShare to FacebookShare to Pinterest
Labels: Arts and Culture, Communications and Sustainability, sustainability, Urbanism and Place Branding

Clean city and the purpose of communications 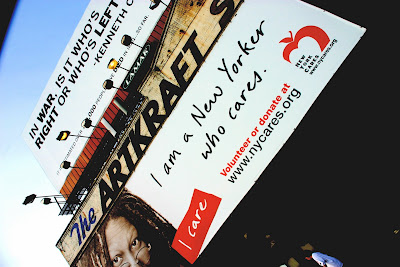 Is advertising an accident of capitalism? Is pervasive commercial marketing simply visual pollution that should be curtailed? Is the point of our industry (design, marketing, communications) to connect people and ideas together more strongly, rather than to serve those very paymasters who would simply like to shift stock and bolster their bottom line? None of these questions are new, but they have an added relevance at the moment and they’re playing on my mind on an almost daily basis.

It always pays to pick up an old, but trusted, book and remind yourself that stronger and more experience minds have wrestled with critical philosophical questions time and again; they may even have pinned down an answer or two. So I’m back with Raymond Williams, the man who shaped 1960s Cultural Theory. His 1962 book ‘Communications’ is helping me to shape some of my thinking about what our business, communications, is for, in the light of the current (overdue) debate about new economic models and prosperity without growth. Here are some of his opening words in the book, and as you’ll see, they have stood the test of time:

“In our own generation, there has been a dramatic tightening of interest in this world of communications. The development of powerful new means of communication has coincided, historically, with the extension of democracy and with the attempts, by many kinds of ruling group, to control and manage democracy.”

Critically, Williams goes on to assert that society and communications are one in the same:

“We have seen the central concerns of society as property, production and trade. These approaches remain important, but they are now joined by a new emphasis: that society is a form of communication through which experience is described, shared, modified and preserved.”

Williams also continues to state that modern communications has already (in the 60s) been abused for political control as propaganda and for commercial profit as advertising. It is this last point, the sense that communications has been abused through advertising for commercial gain, that is particularly powerful and appropriate for anyone getting their head around the question of what design, (social) marketing, public relations and communications is for. For me, what Williams is stating is the notion that communications, a powerful and creative shared conversation across society, has become synonymous with ‘selling stuff’ only as a direct result of its capture by capitalism. Extend this line of enquiry and reflect back to Williams’ assertion that society and communications are in unity, and the conclusion is a powerful one:

“Our commonest economic error is the assumption that production and trade are our only practical activities, and that they require no other human justification or scrutiny. We need to say what many of us know in experience: that the life of man, and the business of society, cannot be confined to these ends; that the struggle to learn, to describe, to understand, to educate is a central and necessary part of our humanity.”

There’s currently plenty of debate around what prosperity post-crunch should actually represent in our society and the idea that seeing economic activity as being our singular measure of progress is, to cut to the chase, barking mad. Williams’ fifty year-old declaration that communications is for something other than chasing profits and consumption fits right into this dialogue; it could almost have been drafted in the last twelve months rather than in the early 60s.

One thing that is powerful about Williams’ critique is that it is directed at the process and practice of communications itself, rather than more narrowly at the corporations that are driving communications or the consumers who are the recipients of their cajoling gaze. It was in a discussion with Jai from UHC last year, that I finally came to the conclusion that for too long the critique of advertising has focused on and ridiculed the consumer, rather than the creators of the ad or the promo. Adbusters is a good case in point here. Great creative, powerful analysis, but in their ‘Obsession’ or ‘McGrease’ culture jamming ads for example I can’t help but feel it is the consumer and not the superstructure of international marketing communications that is being deconstructed and ridiculed.

So perhaps it’s time to take the battle to the doors of the ad agencies and the marketeers. I’m still thinking and working this through, and tossing around the idea of the ‘Polluter Pays’ principle as applied to advertising, but one example of pro-active action does stand out: the Clean City Law of Sao Paulo.

In 2007 the mayor Gilberto Kassab was on a mission to remove the city of visual clutter. This, the fourth-largest city in the world, was to made beautiful as part of a Clean City Law. It was a bold programme and it included a push to remove virtually all visual advertising from the city. The idea was to let the city and green space and natural scenery take a higher level of prominence rather than ads for cars, knickers and consumer goods.

The advertisers did not go willingly, dragging their heels and getting slapped with an $8 million fine in the process, but as contemporary images of Sao Paulo show (such as those by the documentary photographer Tony de Marco), the city has been scrubbed clean of advertising clutter, and the result is not a Soviet-style denuded city of faceless buildings and lifeless streets. The programme has worked thusfar and has been met with some approval, with surveys showing seven out of ten residents happy with the new law.

Tony de Marco’s photography does show one strange outcome of the law - the billboards and supporting structures still remain even thought he shrill call to BUY BUY BUY has been removed, leaving a ghostlike remembrance of the art of selling hanging over the city like some angels in a Herzog movie. I don’t know if this is the outcome I’d be after.

Going back to Raymond Williams, if communications is one with society, and if it could just as importantly be an alternative force “through which experience is described, shared, modified and preserved,” then surely there should be a case not simply for a comprehensive teardown of the billboards but of a shared space where society gets some of its mental space back. Imagine ‘folk advertising’ that shared recipes for jam, DIY tips or the very latest available on Freecycle; imagine a new platform for emboldened social marketing that promoted health, sustainability or tolerance; imagine simply setting these spaces over to art and creativity.

If communications is society’s shared conversation, and it has been all about consumerism until now, then let’s shift the topic, and talk about something new, and better.