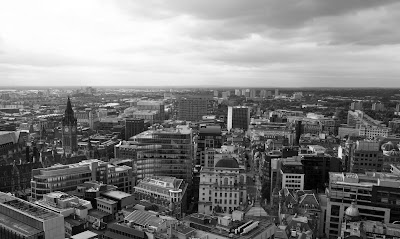 The other issue for me is that it is a solid step towards getting all ten Greater Manchester authorities onto the same track on climate change. I chair the steering group for Manchester's own plan - 'A Certain Future' - and I know that we could achieve so much more if we all worked together, better, to cut carbon and adapt for the changes that lie ahead.
Posted by Steve Connor at 10:45